Types of Telescopes. Pros, and Cons of Reflectors, Refractors, and Catadioptrics

Aperture is the diameter of the objective. It is a major telescope characteristic. Large objective gathers more light, and an observer can see more faint objects and more details in space objects.

The focal length of an objective (lens or mirror) is the distance from the lens to the point where the light rays converge. This point is called a focus. Focal length directly influences the magnifying power of a telescope.

Resolving power is an ability to separate close details in the image. It is a function of aperture alone. The larger the aperture, the greater the resolving power. With a large aperture, an observer can see more crisp images of planets, and galaxies. That is why the aperture is so important telescope characteristic.

In refractor telescopes a convex lens is used as an objective.

The first refractor was designed by Galileo in 1609. Using his telescope, the great scientist and inventor was the first who observed four moons of Jupiter, spots on the Sun and even mountains on the Moon. The Galilean optical system consists of one convergent objective lens and a divergent eyepiece lens. This design results in a non-inverted image. 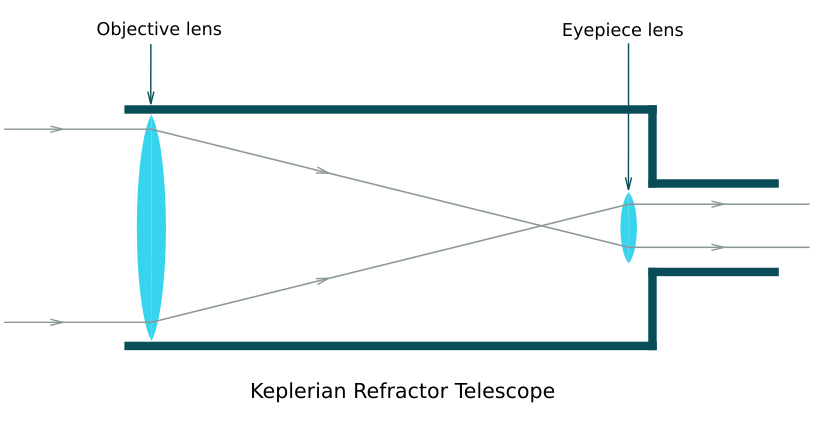 People invented lenses with two and more elements to overcome aberrations and use them as objectives. Such an objective is made of two or more pieces of glass with different dispersion ground, polished and assembled together. The achromatic objective consists of two pieces of glass. The apochromatic lens usually includes three elements and provides even better image correction. An objective with multiple elements requires shorter focal lengths also. Many modern refractor telescopes on the market have achromatic or apochromatic objectives. Apochromatic refractors are often used in professional astrophotography, as they provide high image quality.

Pros and Cons of Refractors

In 1663 Scottish astronomer James Gregory was the first to propose a telescope system which uses mirrors. The main concave parabolic mirror in the Gregorian telescope reflects light onto a smaller concave mirror. Then the light is reflected into the central hole of the first mirror.

Several years later, in 1668 Isaac Newton invented a similar optical system with mirrors. In Newton’s reflector telescope, the light is collected by a parabolic or spherical mirror and is directed onto a flat diagonal mirror, which directs a beam of light outside the tube to the eyepiece.

Telescope’s ability to see distant objects in detail depends on its objective diameter. It is much easier  to produce a large mirror than to produce the same diameter lens. That is why modern scientific telescopes of large magnification are reflectors. 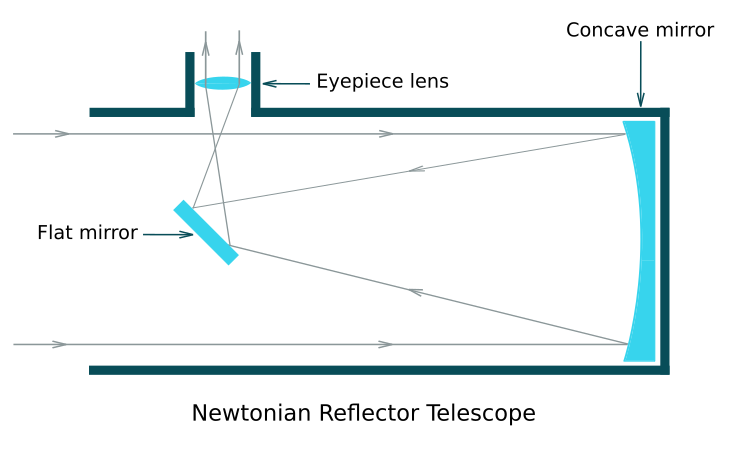 There are other mirror optical system designs. In the early 1910s George Willis Ritchey and Henri Chrétien came up with a reflector consisting of two hyperbolic mirrors. Unlike reflectors with spherical mirrors, this optical system is free from spherical aberration and thus it gives very high image quality. Ritchey–Chrétien design is used in many modern professional telescopes.

Dobsonian is actually a Newtonian reflector telescope on a special alt-azimuth mount invented and popularized by John Dobson. Dobsonian’s mount is simple, easy to produce and thus cheaper than other designs with the same aperture. The mount was specially designed to carry large aperture telescopes. So with dobsonian you can observe faint space objects.

Pros and Cons of Reflectors

One more type of scopes is catadioptric or also called compound telescopes. Сatadioptric telescopes include both mirrors and lenses as parts of their optical system. In catadioptric optical systems the lens has a size comparable to mirror size. The lens is often used to correct the spherical aberration created by the mirror.

The first catadioptric telescope consisted of a spherical mirror and silver-backed negative lens. It was patented in 1814 by W. F. Hamilton. In 1931 Bernhard Schmidt added a special lens at the center of curvature of the mirror. This lens is called a Schmitt corrector. It has a fourth-order surface to remove spherical aberration.

Schmidt’s optical system has a spherical focal surface. To flatten the focal surface James Gilbert Baker proposed to add a second convex mirror. This optical system with Schmidt corrector and secondary mirror is now called Schmidt–Cassegrain. It is one of the most popular optical designs in amateur astronomy. 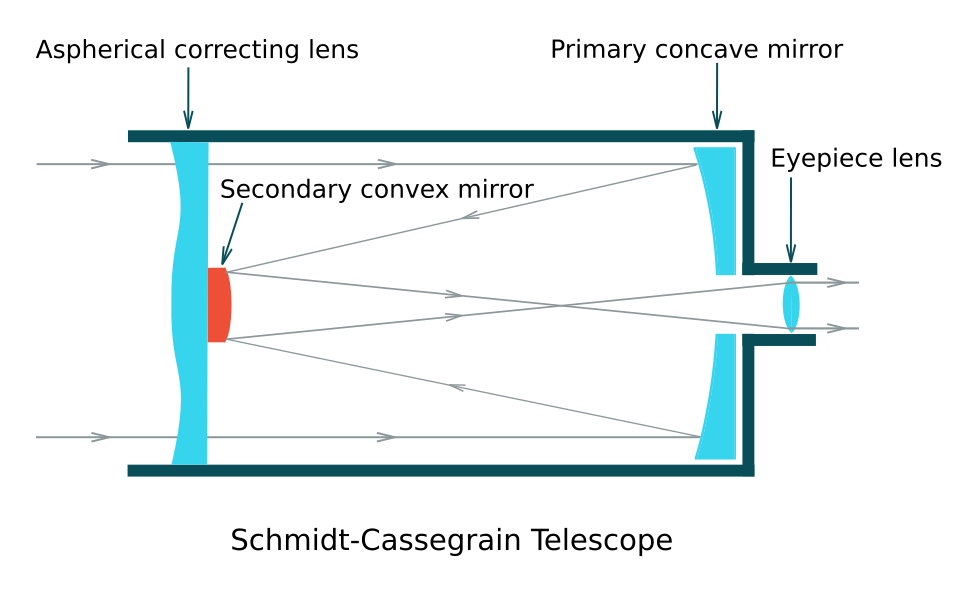 Pros and Cons of Catadioptrics