Getting to know the characteristics of telescopes is a good way to get going in amateur astronomy as it will help you to choose your observation tool more thoroughly. If you understand how the scope’s optical specs influence the image then you know what a telescope you need for your observing interests.

Large aperture gathers a large amount of light and it results in brighter images of stellar objects. With a large enough aperture it is possible to observe faint objects which are invisible in telescopes with small objective diameter. For example, our unaided eye will see  about 1300 stars in the night sky. But a telescope with an aperture of 100 mm will show you about 2700 stars. Another effect of a big objective diameter is that with a larger aperture you can see more details on an image.

As for the price of the aperture, reflector telescopes of the same aperture are cheaper in comparison with refractor telescopes. Refractors are more expensive due to lens production cost. It is much harder to make a large diameter lens for a refractor than the same diameter concave mirror for a reflector. If you are interested in getting a telescope with a larger aperture for a limited budget, you should probably look for a dobsonian type telescope.

What is a minimum objective diameter for a telescope to be useful? Decent telescope for a novice astronomer should have at least 70 mm (3”) aperture. There are telescopes with smaller aperture on the market. They are often advertised as telescopes for beginners or for kids. However, many people are frustrated after looking through these scopes, as they produce too dim and blurry images. 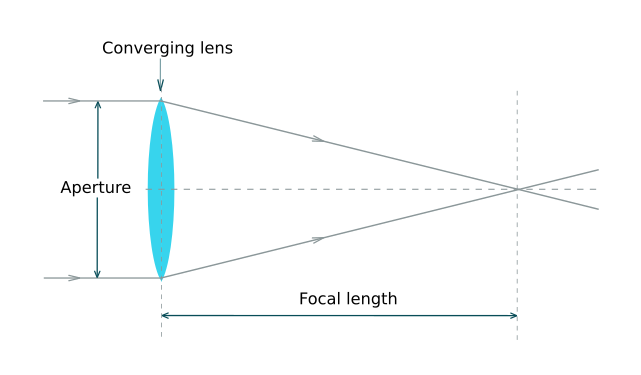 The objective of the telescope receives a beam of parallel light rays and converges them. The distance from the lens or primary mirror to the point where the rays converge is called the “focal length”.

One can suppose that the telescope’s tube length is a little longer than a focal length. However, this is true only for refractors where the light passes through the tube once. Unlike refractors, in reflectors the light path folds back onto itself, and the tube’s length is about two times smaller than a focal length. And in catadioptric or Cassegrain telescopes the optical path folds three times, so they have the shortest length of the tube. 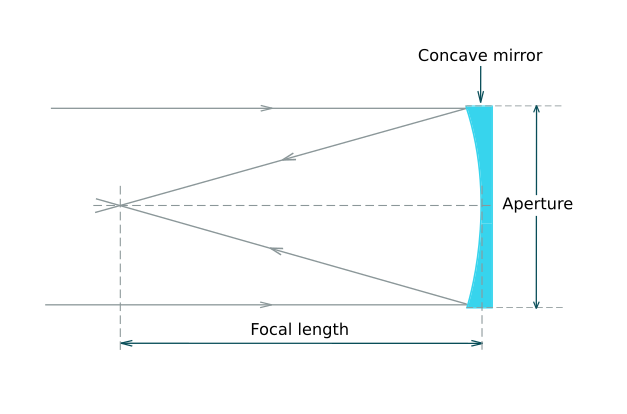 Focal length influences other major telescope’s characteristics such as focal ratio and magnification which we describe below.

The focal length divided by the diameter of the objective gives the “focal ratio”. It is another very important telescope specification.

Numerical value of the focal ratio is usually written with the letter “f” and slash symbol. For example, if we have a telescope with 100 mm aperture and objective focal length of 500 mm, then the scope’s focal ratio is f/5. Why is focal ratio so important? Because it determines the size of a part of the night sky which you see in the telescope. 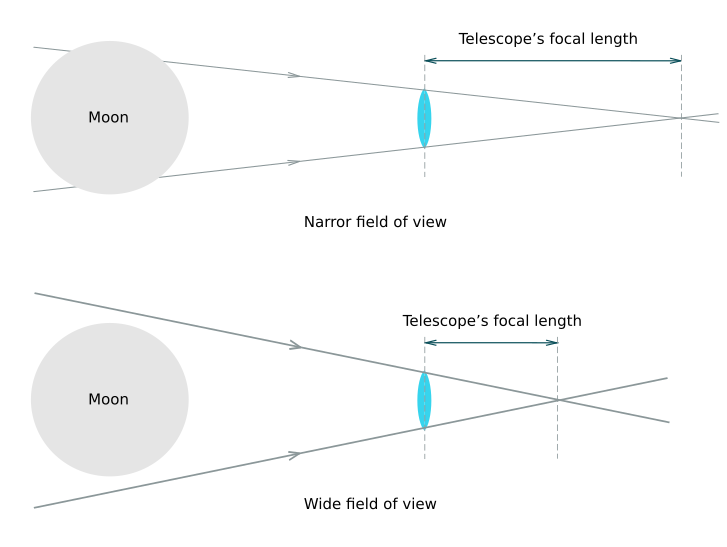 If a scope has a focal ratio f/6 or less, it is called a “wide-field” telescope as it shows a large part of the night sky. A wide-field telescope will suit those who want to observe wide areas of the night sky, constellations, and extended deep space objects like nebulae and galaxies. A scope with focal ratio of f/9 or greater is called a “narrow-field” telescope and it is better for planetary observing and for watching details of the Moon.

The magnification is denoted by adding “x” after its numerical value. Say, we have a telescope with focal length of 1000 mm and we use the eyepiece of 10 mm focal length. In this case we get magnification of 100x.

One more important characteristic of a telescope is the “resolving power” or angular resolution. Resolving power gives the ability of a telescope to separate two closely situated image points. It can be calculated as follows: resolving power (in arc seconds) = 140 divided by aperture of telescope (in millimeters). This formula gives a minimum angle or angular distance between two point objects as viewed from an observer when a telescope shows these points separately. It’s a little bit tricky, because the smaller this number the greater the resolving power. 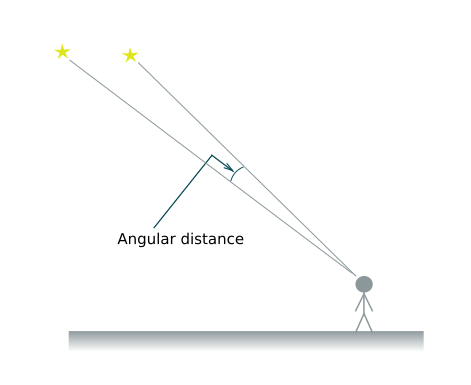 With greater resolving power an observer will get more detailed images of night sky objects. It is important when we want to observe fine details of the Moon surface, the Jupiter cloud bands, nebulae etc.

Above we considered major telescope optical characteristics and described how they influence the image obtained. In general, the larger the aperture, the better image you get. Telescopes with large focal length are better for observing details of space objects, but small focal length gives you a wide field of view. Although telescope optical characteristics are major ones, other scope specs like size and weight are important too and should be taken into account when you choose your observation tool.